This week’s blog will be a bit negative. I don’t deny it.

There is a figure of speech called litotes. You all use it without realizing it. Every time you say something like, “Not too shabby!” or, “That’s not the last place in the world I would want to live,” you are using litotes: negating the opposite. So you’re saying the opposite of what you really mean, usually for rhetorical effect.

As a translator, when I’m trying to communicate a concept into a different language, I will often run into a situation where litotes is actually necessary. The target language may not have a way to express the concept without negating the opposite.

This happens in Palawano, for example. There is no positive (non-negated) word or phrase which is equivalent to the English word “patient.” The way to express that concept in Palawano is to say that someone “does not give up easily” or “does not get exasperated quickly,” etc. “Sober” becomes “not drunk.”

On the  other hand where English has “like” and the negated “dislike,” 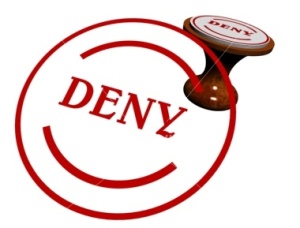 I ran into a challenging instance of this when translating the word “deny” into Palawano. In English someone can deny that they know you, or they can not deny it. But in Palawano, to deny is expressed by diki ekuen, i.e. “not acknowledge.” It’s litotes, and there is no other option. So how can you translate the negative, that someone “should not deny” a person. Palawano will not allow the double negative, to “not not acknowledge” any more than English would.

So how would you try to do it?

Writer, speaker and translation and language learning consultant. I write technical articles, poetry and humor, and I am working on my first novel which is set on the island of Palawan in the Philippines.
View all posts by Bill Davis →
This entry was posted in Wednesday Word and tagged dictionary, double negative, language, litotes, Palawan, Palawano, Philippines, wednesday words, words. Bookmark the permalink.